Ornithological Safari
Mesmerize in the beauty of our feathered friends ... 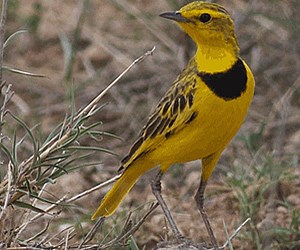 Tanzania is a spectacular country for birding, offering a wide variety of habitats, including montane forest, miombo woodland, savanna, arid plains, and coastline, making it an important migratory passageway as well. Despite all of these attractions, on visits to the many national parks and reserves, birds often take a back seat to the big game on display, such as lions, elephants, and giraffes. A visit to East Africa can indeed be a trip of a lifetime for birders

We are committed to helping all our clients try and break the various world records held in the number of birds seen in a day or 48-hr period. Our Itineraries will take you to the birding hot spots of Kakamega Forest, Lake Baringo and Lake Bogoria-feeding grounds for up to half the world’s population of the lesser flamingo. Lake Naivasha, Mount Kenya, and Lake Nakuru are famous for the pink Flamingo while Arabuko Sokoke Forest conceals the world’s rarest owl the “Sokoke Scopes Owl.” The grasslands in the higher farming areas shelter Sharpe’s Long claw, a bird found nowhere else in the world. Kenya has 1075 bird species, and holds the world record for the largest number of birds seen in a 24-hr period. Kenya’s numerous bird species are attracting an increasing number of ornithologists and bird watchers

Wants to Share Something Share Experience Burning Questions? Talk to Us Today Looking for Safari Answers Look at our FAQs